We are pleased to announce that Professor Andrzej Dziembowski, Head of the Laboratory of RNA Biology - ERA Chairs Group, has been awarded with an honorary position at the University of Gdansk. He will hold an honorary professorship named after Prof. Szybalski for the academic year 2022/2023. Congratulations!

On this occasion, on October 6th at 12:00 pm, there will be a special lecture by prof. Andrzej Dziembowski on revolutionary technologies related to the implementation of mRNA-based therapies, entitled "mRNA - revolutionary technology of biological drugs". The lecture will be a part of the inauguration of the academic year in the Inter-University Faculty of Biotechnology. A detailed program of the ceremony is available in the News on the website of the University of Gdansk.

The Intercollegiate Faculty of Biotechnology of the University of Gdansk and the Medical University of Gdansk was established in 1993. The Faculty was created on the initiative of prof. Karol Taylor, prof. Anna Podhajska and prof. Wacław Szybalski. The Faculty is a unique entity in Poland in that it was formed by two universities. This encouraged an interdisciplinary nature of research and didactics that combines biomedical and bio-molecular issues and their applications in biotechnology for the improvement of health and quality of life.

Prof. Wacław Szybalski was one of the founders of molecular biotechnology. He was born in Lviv in 1921 and was a student at the Faculty of Chemistry of the Lviv Polytechnic. There he decided to study the genetics of bacteria and yeast as well as biotechnology. In 1949 he received his doctorate from the Technical University of Gdansk. In 1950 he went to Denmark and the following year to the United States, where he worked at Cold Spring Harbor Laboratory and later at the Institute of Microbiology at the University of New Brunswick. From 1960 to 2003 he was Professor of Oncology at the University of Wisconsin in Madison. Prof. Szybalski is known for his work on the introduction of exogenous DNA into human cells. Many of his discoveries were implemented in medical therapies. 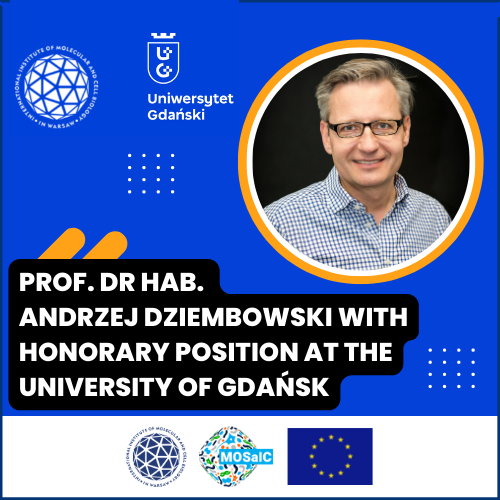