Prof. Dziembowski was recognized for research on understanding the mechanisms of RNA degradation in eukaryotic cells and the control of transcript stability resulting from RNA polymerase II activity in various human tissues and cells. The justification also emphasizes the importance of the discovery he and his team made regarding the role of oligouridylation of the 3' ends of transcripts of mobile and repetitive elements in the human genome -LINE1, as well as the identification and description of a new family of poly(A) polymerases TENT5 in the human genome and the elucidation of their functions.

This year the Prime Minister's Awards honored 40 scientists. Traditionally, awards were given in three categories: (I) outstanding doctoral dissertation, (II) highly commended scientific achievements that are the basis for awarding the degree of doctor of habilitation, and the most prestigious (III) for outstanding scientific achievements, including artistic creation or implementation activity. 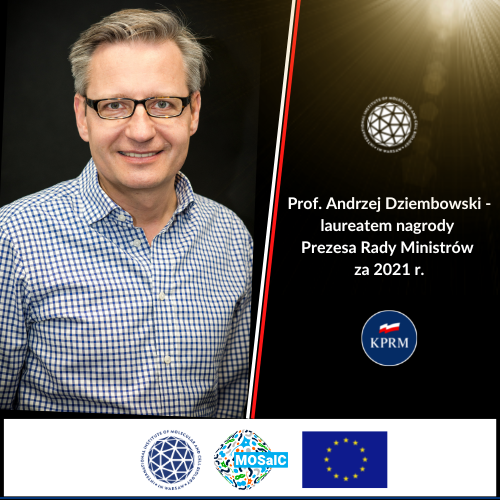